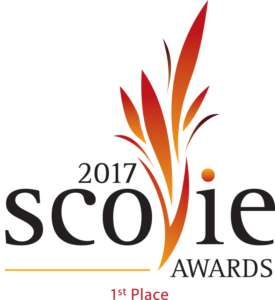 For Immediate Release-The 2017 Scovie Awards judging
panel of top culinary experts honored Fessler’s Original sweet and tangy mustard sauce with
a 1st Place Award in the Condiments Category, not Hot and Spicy. This was the second year that the Original Sauce was entered in the competition. 1st Place in the 2017 Scovie Award’s Condiments – Not Hot & Spicy – Mustard Category and 2nd Place in the same category in the 2016 Scovie Awards! The winning product was applauded
because of “versatility and great taste”.

Fessler’s Sauces is headquartered in Brighton, MI. Their products
can be purchased at local stores and online at www.fesslersauces.com. They offer the two award winning sauces and four spice rubs in a combination of product offerings.

Dave DeWitt, founder of the Scovie Awards and the National
Fiery Foods and Barbecue Show, said there were 131 total
companies entering in the 2017 competition, with 100 winning at least one award.
There were entries from 34 states and 5 countries: the
United States, Canada, Hungary, Croatia, and Australia.